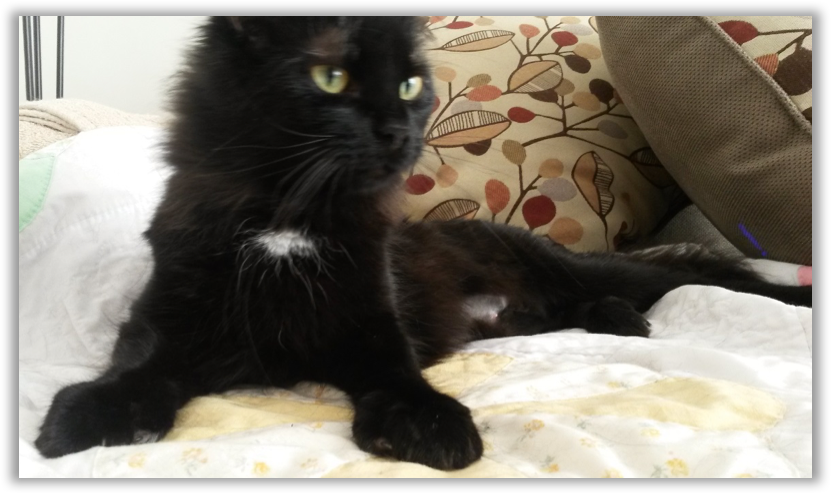 General • In the Community

Rain: Pet of the Month

This is Rain, she was in a house fire in April 2015. A year later, we are happy to annouce that she is doing very well –happy & healthy!

Rain was brought in on emergency last year after firefighters found her when responding to a house fire. She was found literally on fire! The flames singed her fur and caused severe burns to her face, ears, and feet. Her prognosis was guarded due to the extent of her injuries and she remained in our care for several months. Rain required intensive medical rehabilitation including surgeries to remove necrotic (dead) tissue and to repair a badly damaged ligament in her hind limb. The first few weeks were focused on getting her stable and tending to her burns. She required IV fluids to keep her hydrated, pain medication 24-7, application of cream every few hours, hydro therapy, and lots of TLC. 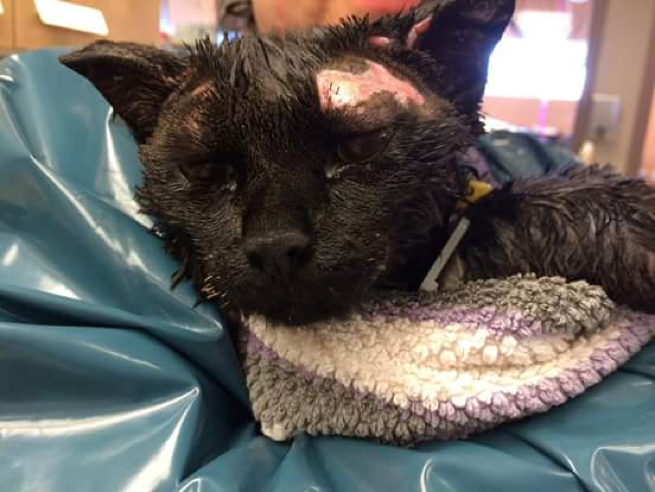 By the end of April Rain underwent her first surgery. Dr. Arsenault cropped her ears to remove tissue that was devitalized, stitched up wounds on her hind legs to speed up healing, and removed many of her claws as they were very painful and infected.  Recovery was slow but eventually Rain started coming around and finally she was able to stand on her badly damaged paw pads. We continued with pain management, hydro-therapy, and cream applications. Once Rain was fully back on her feet we noticed some issues with her ability to walk. She was unable to fully extend one of her back legs, making for an awkward stance (she always had her hock dropped) and she could not jump. It proved to be a severed achilles-tendon. On July 21st Rain had her second surgery to try and repair the tendon. Dr. Arsenault created an artificial ligament using durable, non-absobent suture material (prolene), and to avoid any undue stress Rain was also spayed at this time.

We all fell in love with Rain, she spent so much time with us that everyone played a role in her recovery. To see her doing well today gives us all immense satisfaction. Looking back it was really only a matter of time before one of our techs decided to adopt her. RVT Monique LeBlanc took Rain home on July 22nd to meet her new family. Rain has several brothers and sisters now: a 7-year old Rottweiler/Retriever mix named Ruca; Diego, a grey and black tabby cat; and most recently Opie, a beauiful long haired cat that came to RAH as a stray kitten. Today Rain is walking much better, although she’ll never regain full range of mation in the affected hind limb, but this doesn’t seem to be bothering her. At home she’s spoiled by mom and rules the roost! 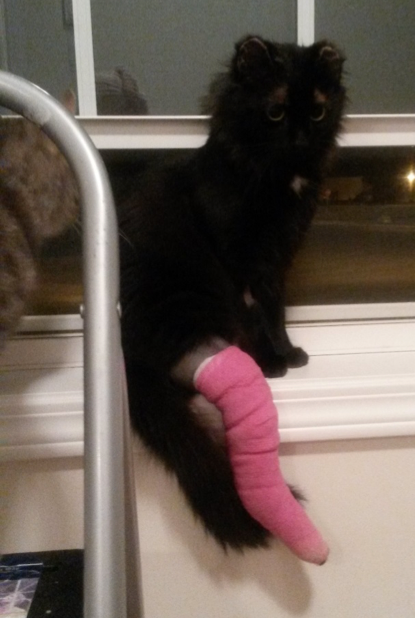 Burn injuries in animals are difficult to treat and Rain is very fortunate to have survived. She owes her life to the firefighters that rushed her to the hospital and our devoted doctors and technicians who took care of her. We did all we could for Rain but our best efforts may have fallen short had she decided not to fight  through the pain, the stress of constant treatment,  and multiple surgeries. Through it all Rain was a surprisingly good patient, tolerating our constant poking and proding very well. She’s a very special kitty cat that won’t be soon forgotten by anyone at RAH! 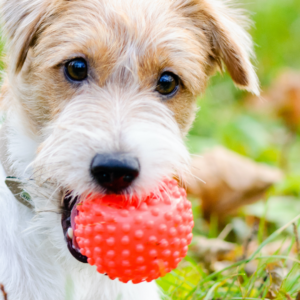 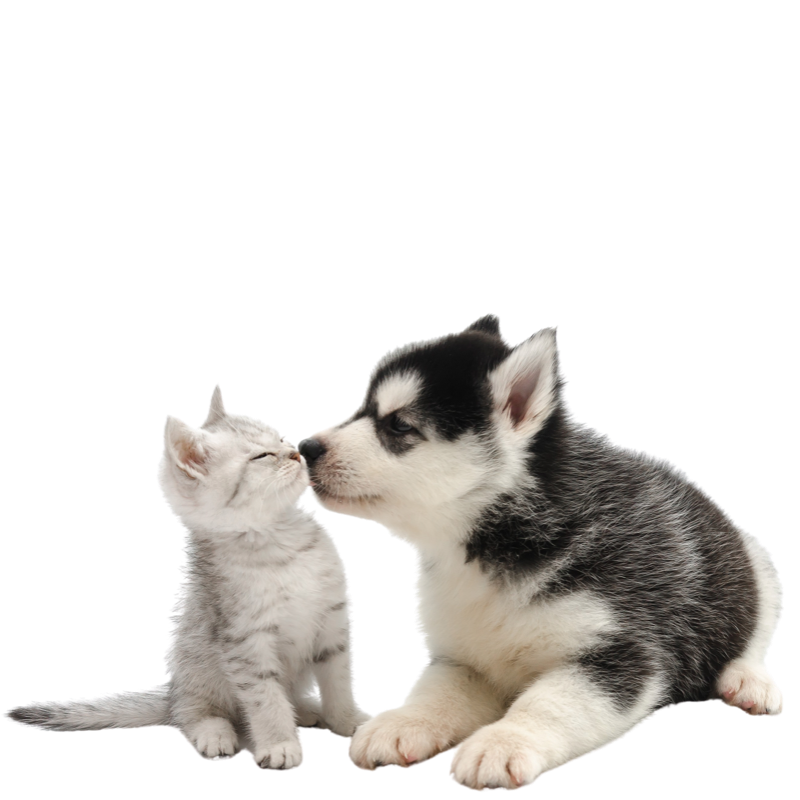